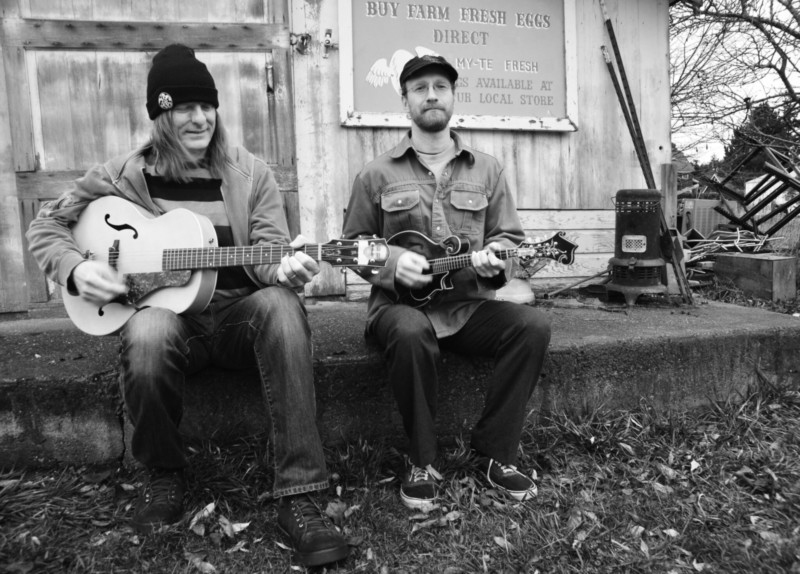 Matt Sircely and Danny Barnes will join together to perform at Finnriver on Saturday, August 24 from 6-9 pm.

Already a generational influence on legions of musicians nationwide, Danny Barnes has been touring extensively in recent years. His recent bluegrass CD, Stove Up, has become a favorite among bluegrass DJs and fans around the world. Barnes is best known as the frontman of the legendary Austin-based Bad Livers and his more recent collaborations with artists Dave Matthews, Bill Frisell and John Paul Jones of Led Zeppelin. Barnes was the recipient of the coveted Steve Martin Prize for Excellence in Banjo and Bluegrass in 2015. Mandolin virtuoso Sam Bush has called him “The Great American Un-Sung Hero.”

Matt Sircely grew up in Pennsylvania and moved west to Port Townsend in 1999 with a guitar, a fiddle, and a couple of mandolins. Over the years, Sircely has built a large catalog of original songs across a wide breadth of styles, whether songs of history, struggle, hope or reconciliation, and a growing list of country and bluegrass songs. As a mandolinist, Sircely was noted for his mandolin work on the cover of Mandolin Magazine in 2010, and he is a common sight at local and regional music events, whether onstage or in the audience, jamming in a corner or two-stepping on the dance floor.

Sircely co-produced the most recent recording, No Pressure, from the swing ensemble Hot Club Sandwich, which features a special guest appearance by mandolin master David Grisman on half of the tracks. The release from the Seattle-based swing band hit the top 30 on the jazz, jamband, and folk charts. Two of Sircely’s original songs recently appeared on the NPR program Says You, which was recorded in Chimacum this spring.