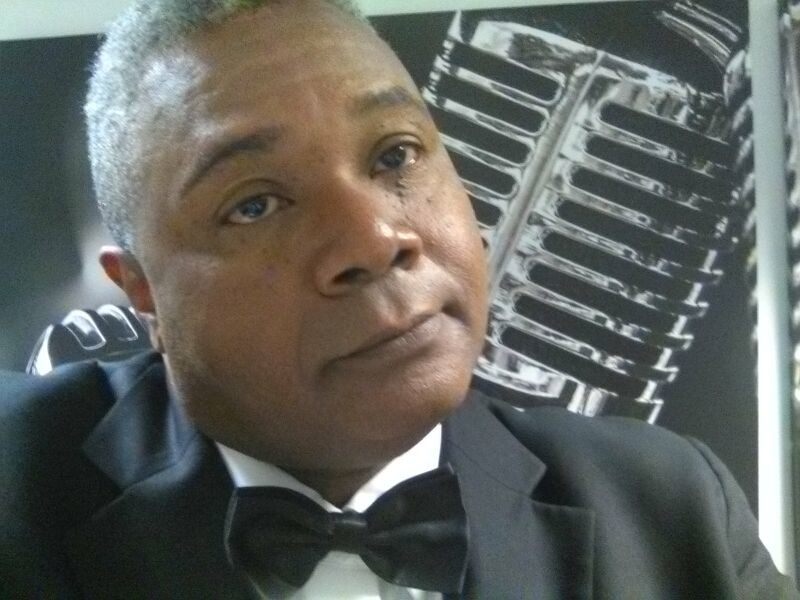 Having previously appeared on the Monday September 19, 2016 and Monday December 30, 2019 editions of the internet performing arts television talk show 'The Actor's Choice', seasoned Chicago and Los Angeles thespian Darryl Maximilian Robinson has twice had the opportunity to discuss his work in the live theatre and other performing arts related endeavors. But these chats occurred before the advent of 2020! A year that saw the greatest racial strife and protest marches in the U.S. since the civil rights era, a contested presidential election which culminated in an insurrection at The Capitol, and a world-wide global pandemic that closed theatres and performing arts venues of all shapes and sizes around the country!

On Monday May 3, 2021 at 11:00 AM ( PST ), and at 1:00 PM ( CST ), following talented and experienced fellow guests Film Director, Editor and Actor Dave Edison ( who has worked on television and screen projects from sci-fi series to Christmas specials ) and Actress and Dancer Trish McCall ( who has worked around the country in the theatre and on television with such legends as theatre Director / Producer Woodie King and the late, great Jerry Orbach of 'Law And Order' in New York ), Darryl Maximilian Robinson joined veteran entertainment journalist and host Ron Brewington to discuss public theatre performance, politics, systemic racism, The Covid-19 Pandemic and The Oscars during his third appearance on 'The Actor's Choice'.

Founder, Artistic Director and Producer of both the multiracial classical chamber theatre The Excaliber Shakespeare Company of Chicago and the theatre and video arts group The Excaliber Shakespeare Company Los Angeles Archival Project, Darryl Maximilian Robinson is an LA-based and Windy City born and stage-trained actor and play director whose work in drama spans 47 years and includes involvement in over 250 dramatic productions and literary arts presentations performed around the country.

Chicago, St. Louis and Los Angeles Theatre Veteran Darryl Maximilian Robinson is winner of numerous local and regional awards and honors for his work in the theatre including the 1981 Fort Wayne News-Sentinel Reviewer's Recognition Award as Outstanding Thespian of the Season for his performances in professional summer stock ( particularly as Fagin in Lionel Bart's Oliver! ) at northern Indiana's Enchanted Hills Playhouse; a 1992 St. Louis / St. Charles, Missouri Area Certificate of Honorary Membership Award from The Harpooners of the Sea Unicorn for his staging and performance of the title role in Sir Arthur Conan Doyle's Sherlock Holmes: The Final Problem! presented at The Midtown Arts Center of St. Louis; both a 1997 Chicago Joseph Jefferson Citation Award for Outstanding Actor In A Principal Role In A Play and a 1997 Chicago Black Theatre Alliance Award nomination for Best Leading Actor In A Play for his critically-praised performance as Sam Semela in The Excaliber Shakespeare Company revival of Athol Fugard's Master Harold And The Boys mounted at The Heartland Cafe Studio Theatre; a 1998 WKKC Radio Chicago Critic's Corner Fine Arts Award for Outstanding Director Of A Play for the ESC's 1997 revival of Samuel Beckett's Waiting for Godot ( in which he appeared as Vladimir ) at The Heartland; a 2015 / 2016 Los Angeles Elate Season Ticket Holder Award nomination for Best Actor for his performance as Ernest in Tad Mosel's classic one-act drama Impromptu ( as part of a bill of works called Just 4 Fun ) staged at The Lincoln Stegman Theatre of North Hollywood, California; and, most recently, a 2019 BroadwayWorld Chicago Award nomination for Best Performer In A Musical or Revue ( Resident Non-Equity ) for his noted portrayal of the dual roles of The Chairman Mr. William Cartwright and The Mayor Thomas Sapsea in the 2018 Saint Sebastian Players Chicago revival staging of Rupert Holmes' Tony Award-winning Best Musical The Mystery of Edwin Drood performed at the more than a century old St. Bonaventure Church in The Windy City. Also an experienced Shakespearean actor, private acting instructor and adapter of literary classics, Darryl Maximilian Robinson has multiple videos of his theatre work available for viewing at his YouTube channel.

'The Actor's Choice', now hosted in it's seventh season by Ron Brewington, is an internet performing arts television show that gives various members of the professional film, television, theatre and performing arts communities a forum to discuss their craft and the choices they have made.

To view the May 3, 2021 interviews of Dave Edison, Trish McCall and Darryl Maximilian Robinson visit: