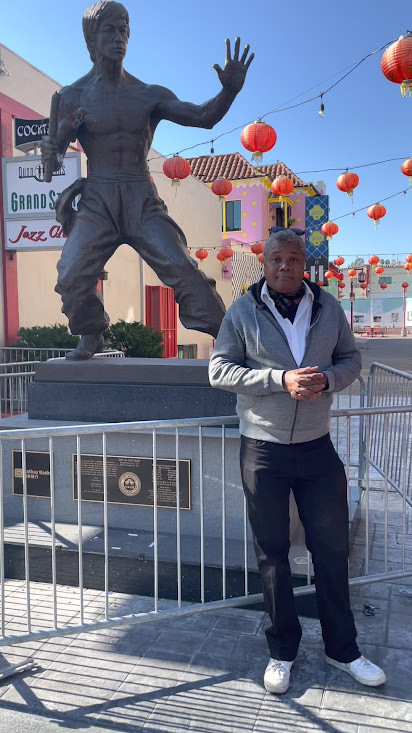 Though these two individuals, Poe and Lee, born in different situations and centuries, do not seem to have much in common, yet a deeper dive into each of their backgrounds reveals both Poe and Lee had troubled childhoods, had biological family members deeply involved in the arts ( Poe's natural parents were both American stage actors, Lee's father was a Chinese opera star ), both began writing poetry at an early age, and both died relatively young and under mysterious circumstances. And, yes, both also would spend a good deal of their writings discussing Death.

Edgar Allan Poe became a Gothic age literary master of mystery and the macabre with such gruesome tales as The Masque of the Red Death and The Pit and The Pendulum before his passing away in his forties. Bruce Lee began writing poems at age 18, and won fan approval as Kato in the 1960s television series The Green Hornet, and later became a huge star of such 1970s martial arts film classics as The Big Boss, Fist of Fury and Enter The Dragon. To this day, Lee still has generations of fans wondering about his demise in his early thirties in Hong Kong.

Though it certainly does reference the 16th-century lost city of gold, Poe's 'El Dorado' is ultimately a poem about Death. Darryl Maximilian Robinson became noted over a decade ( 1990 through 2001 ) as the adapter, director and narrator of The Excaliber Shakespeare Company St. Louis, Missouri, Louisville, Kentucky and Chicago, Illinois stagings of "The Raven And Six Other Points Of Interest" by Edgar Allan Poe, with 'El Dorado' featured as the opening segment of the show.