Discover Events
MapAdd your community to the list >
close Oktoberfest 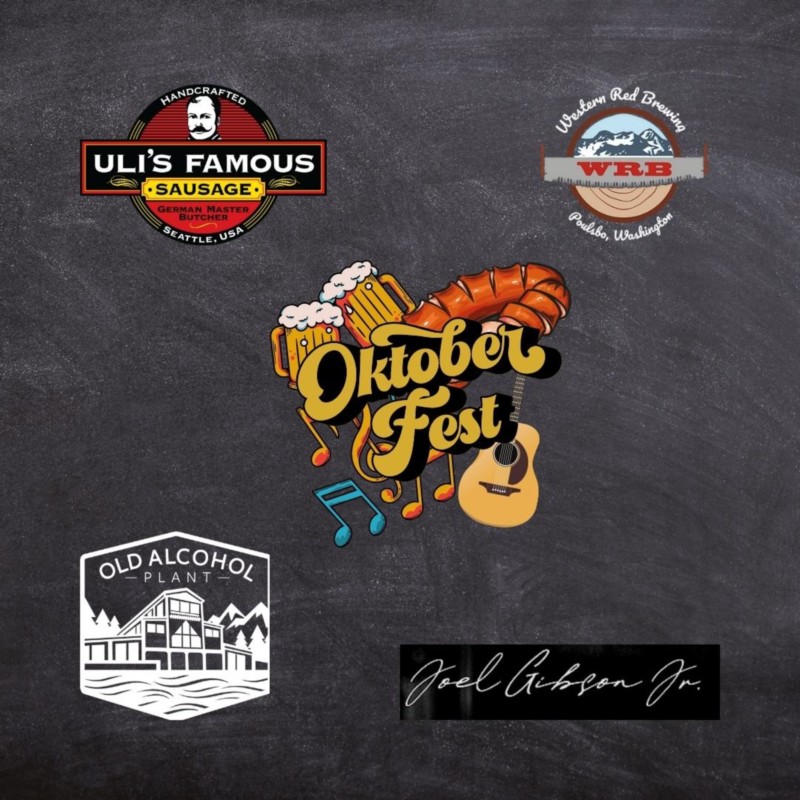 Locally owned and operated by German Master Butcher Uli Lengenberg. Uli’s Famous Sausage first opened its doors in the iconic Pike Place Market in May 2000. Though born and raised in Germany, Uli founded his first sausage business in Taiwan. While in Taipei, Uli cultivated his passion for and knowledge of the world’s flavors and spices, bringing them to life in his famous Taiwanese kitchen.

Since 2018, Western Red Brewing has been committed to producing authentic and unique beers that push the boundaries of regular brewing styles and categories. We’re proud to serve our customers with only the best, continually crafting each taste until it’s exactly right.

Joel Gibson Jr. is the premier independent Country & Rock artist in the PNW! His engaging baritone vocals, humble demeanor, and charismatic stage presence sets this vibrant performer apart from the other conventional acts.