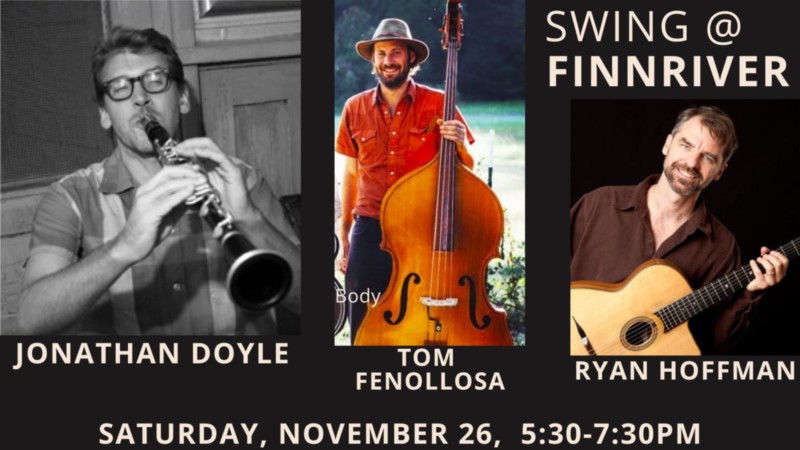 There Clarinetist, saxophonist, composer, and arranger Jonathan Doyle lives in Port Townsend WA in the Pacific Northwest. He still spends time in Chicago, Austin TX, and on the road.

Jonathan briefly attended Depaul’s School of Music in Chicago, where he studied under Mark Colby and Susan Cook. He left school to pursue a full time career in music during the neo-swing movement of the mid-90s, playing with the Mighty Blue Kings and then the Four Charms. Jonathan is committed to crafting original music as well studying the American musical traditions. He strives to organize and be a part of bands whose music is rooted, yet distinct. And to play for listeners and dancers anywhere they'll have him!www.jonathandoylemusic.com

There is a $5 cover at the door starting 30 minutes before music starts.