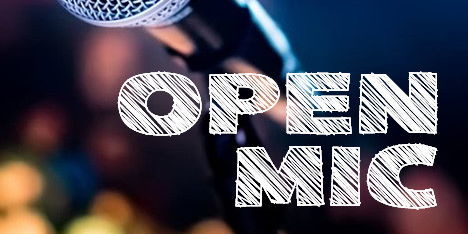 It's Open Mic Night, so anything goes! A stand up comedy show for a sit down audience. Come see local comics, seasoned vets and rookies alike, flesh out their new material and jokes! Come out for some late night comedy in a super chilled and laid back atmosphere. You never know who might be hitting the stage.

Comics wishing to hit the stage and try out some new or proven material should show up around 7:30p to sign up and get on the list where they'll be able to deliver somewhere between 5-7 minutes of material. The Open Mic will kicks off around 8:00PM and is a lot of fun!