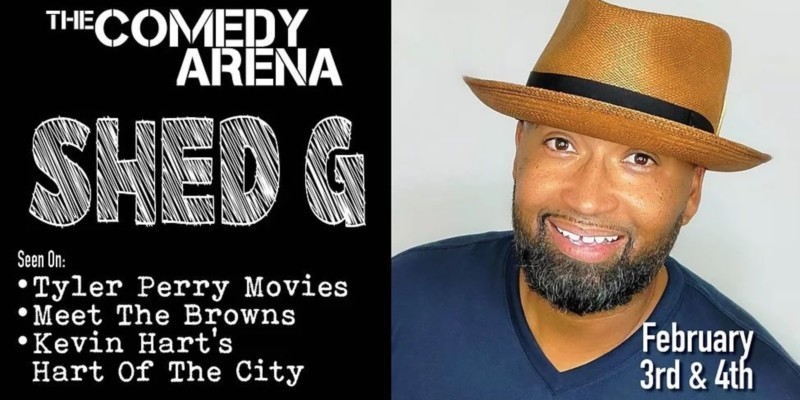 Shedrick (Shed G) Garrett, is one of the hottest and blessed entertainers to hail from Denver, Colorado. As well as being renowned comedian, he's also an actor and radio personality known for his clean faith-based comedy. Shed G brings a style of comedy that universally captivates all audiences.

Shed G gained momentum by taking his talents to Atlanta, Georgia where he earned his credits on the big screen and television. He worked with Tyler Perry in hit movies: Madea's Family Reunion, A Madea's Christmas, Meet the Browns, Madea's Halloween, and latest movie A Madea’s Funeral.Shortly thereafter, he featured on numerous television shows: House of Payne, Meet The Browns and The Rickey Smiley TV Show. Shed G was just featured on Kevin Hart’s Hart Of The City.

Whether he's performing in comedy clubs across the nation or hosting major concerts in arenas; his gift is bringing a funny, positive, and professional atmosphere to the stage. Shed G’s style provided him the opportunity to Host/Open for artists: New Edition, Earth Wind and Fire, The Temptations, Brian McKnight, Marvin Sapp, and Lalah Hathaway to name a few. His brand of stand-up has blessed him to grace the stages for fellow comedian’s Ricky Smiley, Dave Chapelle, & Kevin Hart.