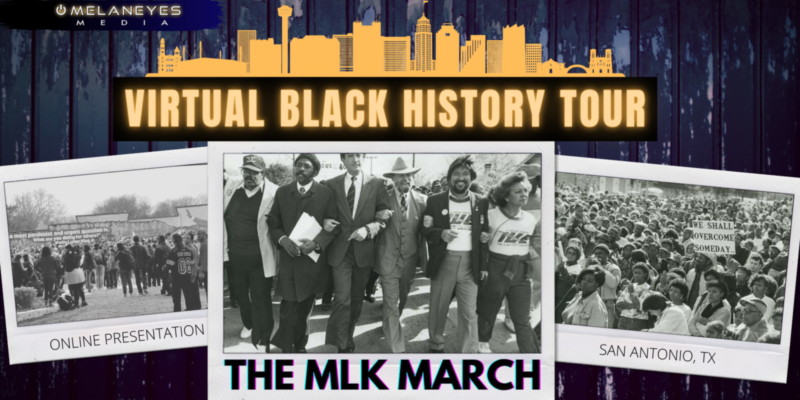 Join us for A Virtual Black History Tour: "The MLK March of San Antonio, TX." On this virtual tour we will take the time to highlight some of the historical land marks along the path of the march and discuss the history and origin of the largest Martin Luther King march held in the United States.
Did You Know:
An estimated 300,000 people attend San Antonio's MLK March annuallyThe first MLK march started by Rev R.A. Callies had less than 30 people participateOver 900 streets in America are named in honor of Dr. KingMartin Luther King Drive in SA used to be called Nebraska StreetOnce a year hundreds of thousands of people from all over the city and the state participate in this march, but do most people understand the history that exists in the neighborhoods they pass through?
Click the link to register and learn more!
https://bit.ly/mlkmarch117