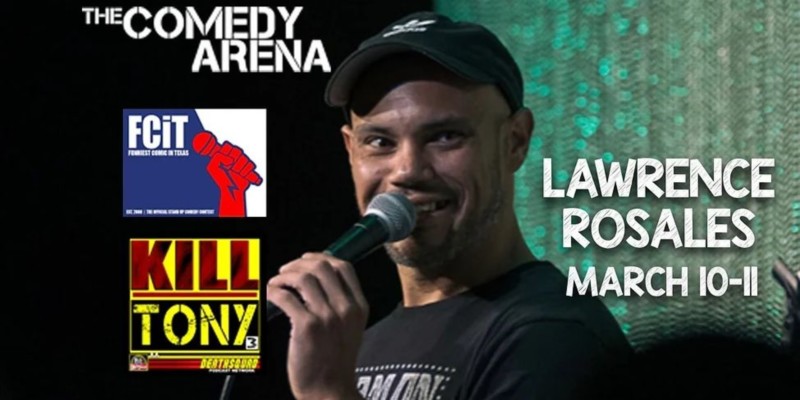 As Seen On:
Two-Time Finalist for Funniest Comic in TexasRegular Feature Act at Multiple Clubs Across the CountryKill Tony Podcast

Lawrence is a two time finalist for funniest comic in Texas who's been on the road performing with some of the hottest names in comedy including Mark Normand and Big Jay Oakerson. You've also heard him on the Kill Tony podcast. Across the country, Lawrence is often requested by touring Headliners to have him Feature for them.

Catch Lawrence Headline at The Comedy Arena, telling stories about being raised by a criminal mother, golden girl loving grandma, and being broke in your 30s, but making it work.

General Admission:
Our General Admission is cabaret style seating, so small tables with chairs around them. Most of our tables seat 4 people. If your group is smaller you may be sitting with another couple, if it is larger you will have multiple tables next to each other.